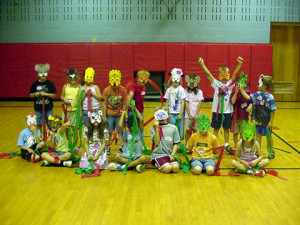 The Center was founded in 1985 in an effort to go beyond the traditional “peace movement” and bring peace and justice concerns to a local mainstream audience. Its achievements over the years have included:

The 31st annual Peace Camp was a huge success; over 40 campers and junior counselors came together for activities and reflection on People, Peace, and Planet from June 20 to June 24. Many thanks to Peace Camp Director, Melissa Rosenberger.